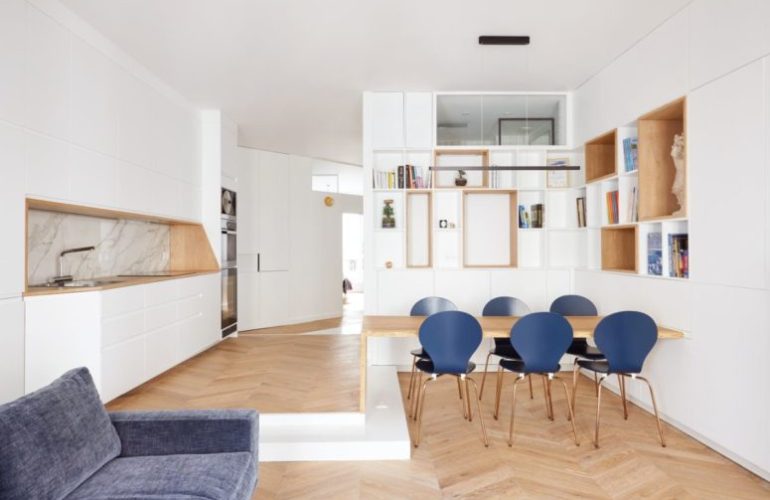 This one bedroom apartment in Paris, France has been renovated in a contemporary style but with a touch of traditional French chic. It was a project completed by the JCPDR Architecture Studio. It included some structural changes and gave the place a new aesthetic.

The main change was the addition of a second bedroom and walk-in closet at the request of the new owner of the apartment. The living rooms are now positioned around the windows and the center contains the circulation areas and also receives sufficient natural light thanks to the new design. Although new partitions have been added to create an extra bedroom, new openings have also been added to allow light to reach every corner of the apartment. The architects also played around with different floor heights to delineate the spaces, for example the small fitted kitchen is placed on a platform. Thanks to the new zoning, the rooms are light and airy, even the smallest.

White is the main color used throughout the apartment complemented by natural wood to make it look softer and warmer. Blue is the accent color strategically added to some rooms for a bold look and contemporary feel. All the furniture in the apartment has been individually designed and complements the rooms perfectly. Many of the large pieces of furniture fit perfectly into the walls to create plenty of storage space while hiding it. 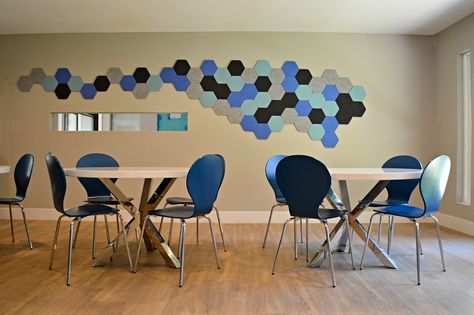 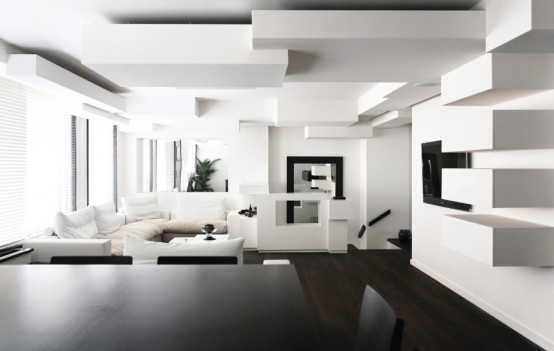 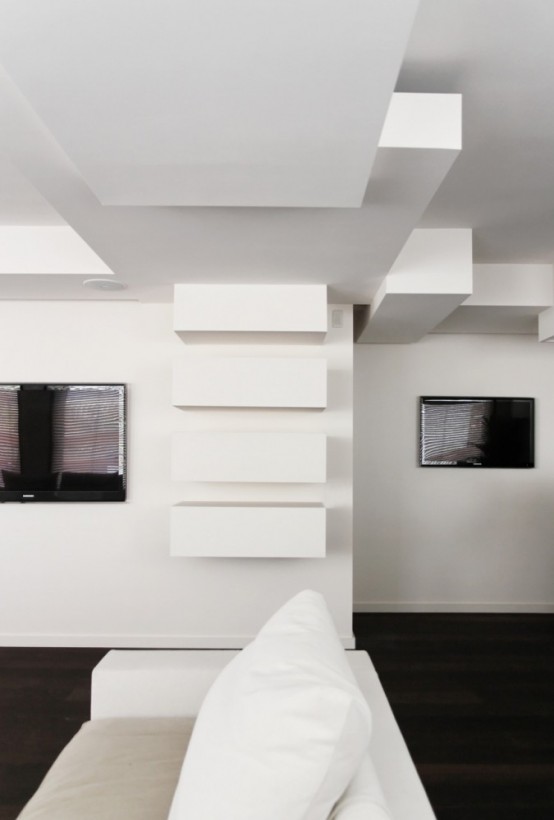