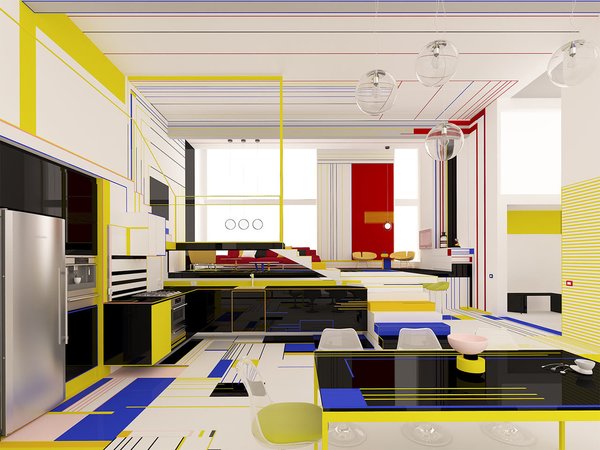 Rustem Urazmetov has completed his Mondrian interior design project in Moscow, Russia. The architect used a non-standard interior color scheme to express the individuality of the owners through bright colors and minimalist shapes.

Rustem Urazmetov’s open plan apartment was designed for a young couple with one child. The living room, kitchen, hallway and bedroom form a single open space, while the bedroom can be separated by glass partitions and curtains. The toilet and bathroom were shared, the latter with a shower area and sauna. The style of the interior is reminiscent of 20th-century avant-garde art and the Bauhaus school, and is particularly influenced by the work of Piet Mondrian.

All functional areas have a specific color, and the main volume of each room is monochromatic and graphic. This emphasizes the central elements in the apartment, such as the entrance and the bedroom in the open plan living room. The living room is visually separated by a bar that adds the necessary graphics. The bedroom is painted yellow, which is unusual for a private space. Given the cloudy and gray Moscow weather, this choice of colors will help brighten the interior. The nursery area was painted in a similar color.

In addition to the general style, the basic principles of ergonomics of the Bauhaus school were also adopted. Each function in the interior is tailored to the needs of the apartment owner. The lighting is concealed as much as possible by built-in LED profiles. Each room has different lighting methods, designed to illuminate all areas with different intensities, creating a common fill light or emphasizing certain elements of the interior. 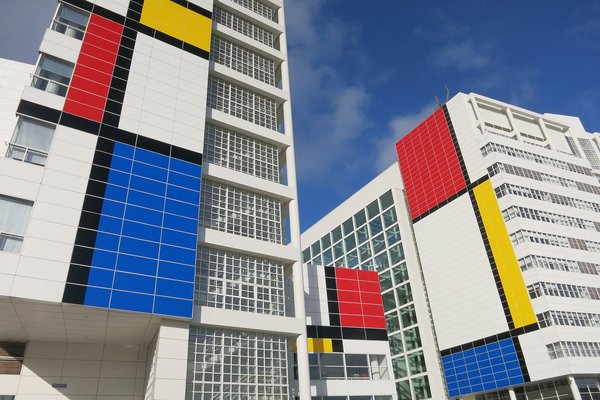 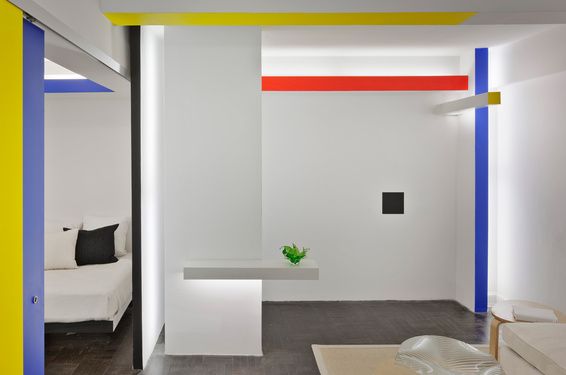 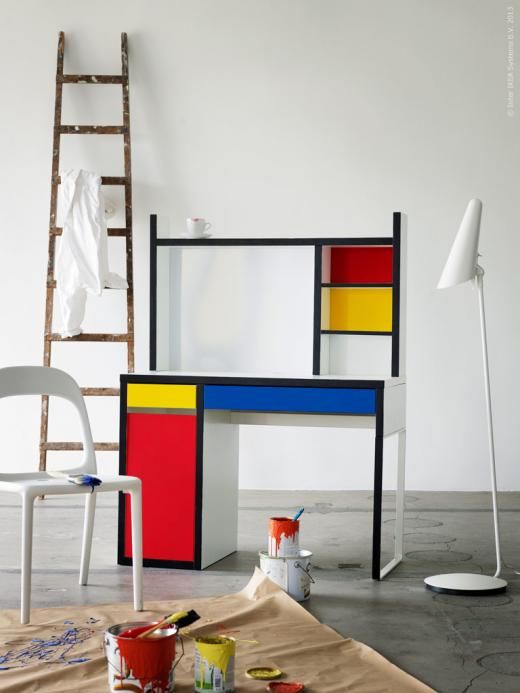 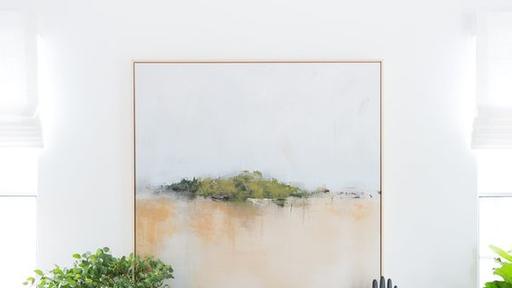